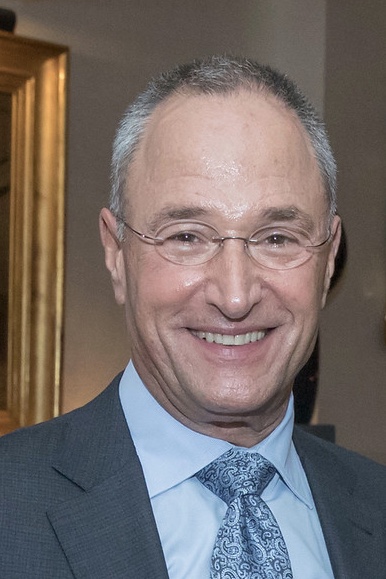 During his tenure as Head of MSIM, Mitch led the combination of a variety of disparate businesses into a single, integrated investment management business; increased assets under management; and enhanced the profitability of the business. His most challenging task came after the destruction of the headquarters of the individual investor business in the attacks on the World Trade Center.

Born in Hartford, Connecticut, Mitch attended Trinity College where he received a bachelor’s degree in economics, and then Northwestern University receiving an MBA in finance and accounting. After graduating from Northwestern in 1977, he joined the Chicago office of Touche Ross & Co, and on his first day was assigned to the firm’s largest audit client: Sears, Roebuck and Co.

In May of 1981, Mitch joined Sears as a manager of financial analysis. He led the financial team that provided the analysis to support the Sears acquisitions of Dean Witter Reynolds and Coldwell Banker. As Director of Corporate Finance, he worked on the development of the first public offering of securitized credit card receivables and served on the team that divested Sears operations in Latin America and Spain.

Mitch began his securities industry career with Dean Witter in 1986 as Senior Vice President and Group Treasurer, where he continued the effort he initiated at Sears to develop the funding structure of the Discover Card.

In 1994, he was named Executive Vice President and Chief Administrative Officer of this new public company. His role included corporate strategy, and in the fall of 1994 Mitch was asked to develop the strategy and identify companies to transform Dean Witter from a domestic retail securities, asset management and credit card business, to a global firm participating in both retail and institutional markets.

The development of the strategy culminated in 1997 with the merger of Dean Witter, Discover & Co. and Morgan Stanley. Mitch was Co-Head of the merger transition team, leading the Dean Witter portion of the effort. Immediately after the merger, he served as President and CEO of Morgan Stanley Dean Witter Advisors, the Firm’s proprietary asset management business serving individual investors

Since his retirement in 2005, Mitch has been a director of both public and private companies. He served on the board of Sun Life Financial, one of Canada’s leading financial services companies, chairing the Governance, Nominating and Investment Oversight Committee. Mitch now serves as an Independent trustee of the JP Morgan Mutual Funds and chairs the Fixed Income Investment Committee of the JP Morgan mutual fund board.